How do you save your game

Fun Game! reminds me of macbat 64 and Toree 3d

awesome game! downloaded it but it's too hard it's great but I need help.

please respond with something.

its eaiser with an xbox 360 controller

I found a glitch, when I open the game, its always doing the down input, so on the  main menu when I press up it goes down and down does nothing and in game, my character moves in a circle and camera always moves down, after days, nothing I have done fixed this, what do I do?

I'm on the remaster btw and if I download a new one it does the same glitch.

this game is really good but that tomato part scared the ever-living crap out of me.

How do you make him wall jump on Windows without a controller? In other words, how do you make him jump off walls using just the keyboard? I literally can't get past the very first level because I can't figure out how to do this. I forget which if I have remastered or legacy.

Camera just spins in circles on the remastered version on Windows 10 for me. The Legacy version works but I couldn't figure out what to do at the big Dominos crates after jumping across the rocks in the water, so I quit there. Seems fun though.

i managed to softlock myself in the hook factory. running the remastered windows build v2.1 on windows 10 x64. more details on the video description

I'm trying to play the game, but before I even see the game, I get a crash message. I'm running Windows 10 and have tried both the Remastered and Legacy Windows builds.

got it to work, just had to uninstall Citrix Workspace

RIP Mac Ver. I'm almost 100% sure that a remastered build won't come out for mac since fangames get the short end of the stick on mac

updated a day ago? what changed?

First, let me just say that I LOVE this game. I never played the original Yo Noid! game, but I do know what happens in it, and this is an incredibly fun fanmade sequel to it. It was giving me serious vibes of Playstation games, the kinds where there's a neutral "lobby" type of area that has portals that lead you to different levels, and you need to beat them all before advancing to the next stage (Spyro: Year of the Dragon and Pacman: 10th Anniversary are good examples), and that, coupled with the similar polygonal graphics, did give me some nostalgic feelings. The mechanics were also really clever, with the parkour that the Noid was able to do and using his yo-yo like Spiderman's webs, and even a final boss fight that only required the use of the yo-yo, without punching or shooting guns or other fighting mechanics ever showing up! Some of the exchanges between the Noid and the characters were also pretty funny, and I do love how there's extra Noids to unlock, giving this game lots of replay value.

However, that does lead me to the one problem I have with the game. As much as I love it, it's really annoying that I can't unlock all the characters. I can unlock Mr. Green and Cappy, but I can't unlock Fast, or, through that, Mikoid. I actually had this issue a long time ago, where Swing Factory wasn't giving me the PEPPERONI PASSION, whereas Plizz Anet and Domino Dungeon were. A month ago, I see that you said in this comments section that the version of Yo Noid! II that's available now should have that fixed, so I downloaded it and tried it out. In this new version, Plizz Anet and Swing Factory did give me the PEPPERONI PASSION, but now Domino Dungeon doesn't, once again preventing me from unlocking Fast. Is there some way you can fix this so that all three of the levels will give the PEPPERONI PASSION upon collecting all the pizzas? I got really frustrated (dare I say, annoid) trying to play the level over and over again, seeing if there was one pizza that I missed, only to realize that I was indeed getting all of them but the level just wasn't giving me the PEPPERONI PASSION. I really want to unlock Fast and I'm sure many others do as well, so, if possible, please fix the game so that Fast is unlockable.

All in all, I give this game a solid 9/10! I'd give it a 10/10 if all the characters were unlockable, so if that actually gets fixed in the future, then it'll raise my score to a perfect 10/10. But other than that, I really have no complaints with this game. It's funny, engaging, has good replay value, great mechanics, an early Playstation vibe that hits me with nostalgia, and even a catchy soundtrack! The first level (where the Noid needs to get his yo-yo again) has music and an environment that's an homage to the first Yo Noid! game, Plizz Anet has a bouncy and adventurous rhythm to its music, Swing Factory has a very jazzy and energetic theme (giving the "swing" in its title another meaning), Domino Dungeon has mysterious music very reminiscent of ancient Egypt, and the Noid Void and ??? have very eerie and unsettling music as well. This game has a lot more effort put into it than I thought it would, and I LOVE IT. It left me wanting more, and I do hope there's a sequel to this sequel. :)

Will a remastered build come out for Mac?

I really loved this game, Are you guys planning on making other 3D platformers like this?

please fix the game so you can collect all the ronis again, thx 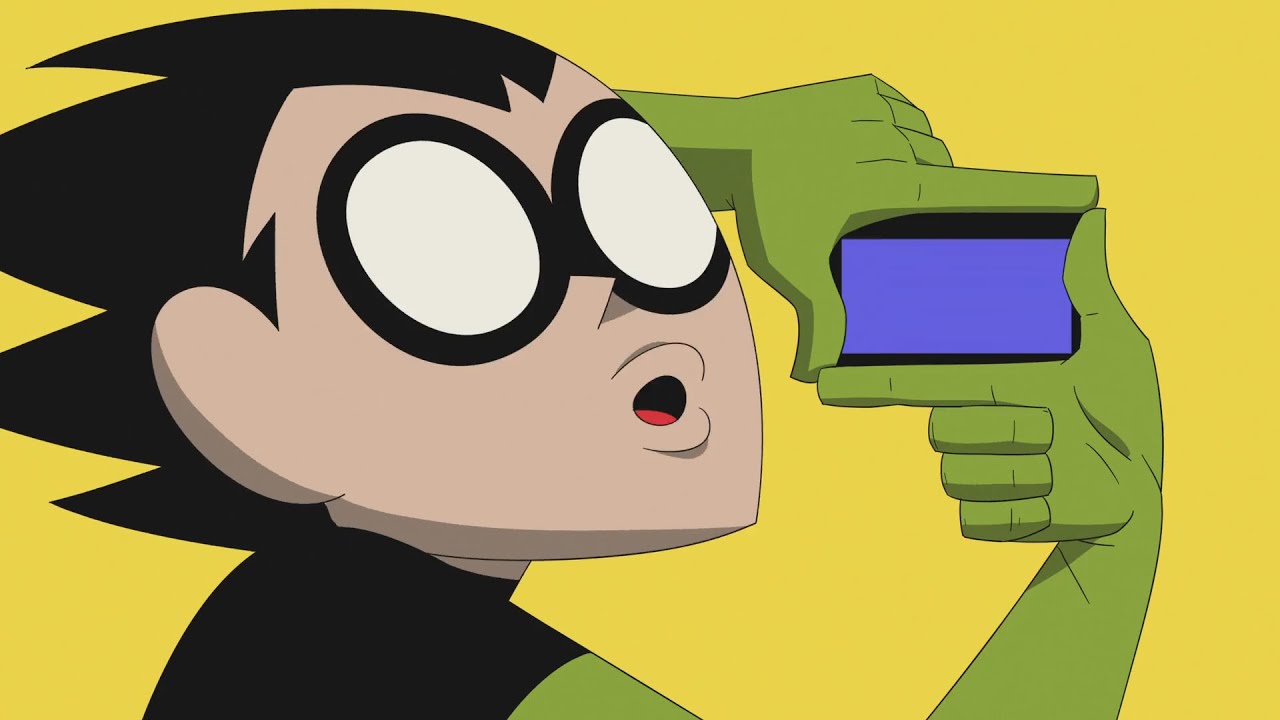 then I downloaded the game it asks me what to  open it with. what do I open it with? thamks

I am dying without being able to unlock Crust 40 and Vocal Noid. I just wanna collect the pepperonis. Please god please just let me collect all the pepperonis in Swing Factory. I am playing the Windows Remastered V2.1 Build and I collect every pepperoni but I don't get to hear the serenade of "Pepperoni Passion~" at the end of the stage and it has been plaguing my soul for weeks on end. I love this game I need Fast and Mikoid now I will cry real tears

I am also having that problem. I wonder why

to get Crust 40, you need to get all pepperonis in every level in a playthrough

And to get vocal noid, Complete the game on any character, you dont need to get all indicators tho.

Yo noid 3, the big pizza

This game is pretty nice, I love the art style, the gameplay and the story. It's fun to play, and I hope there's a third game of it.

How can I 100% swing factory?
It doesnt work for me

Apparently on the final boss, If you catch a dice while it disappears, The Game soft-locks. Is there some way to fix it? 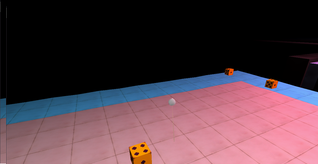 Yeah, that happens. All you can do is restart your game and try not to do that again next time

Can you get 100% in Swing Factory in the Remastered Windows Build V2.1? The only ones I'm missing looking at some videos are the pizzas in the chicken room, which are not there.

Edit: I double checked and also the pizzas at the end are missing, just before the goal going up.

I too wonder that

in Remastered Windows Build V2.1, I can't double jump, can you make sure that I can double jump?

who needs a double jump when you have a hookshot yo-yo?

but in some areas, I can't reach something

Hands down one of the most charming and all around enjoyable games I have ever played. I made this account just to show my appreciation towards the people who made this game. the controls are spot on and it fits just right in the early 90's aesthetic. I would love to see a sequel sometime in the future. But if it is not possible to make such a game, that is alright because it would be very difficult to top this masterpiece. Thank you so much! 10/10 Amazing job!

Reply
Lua on her computa1 year ago

1.  Yo Noid 1: He goes to some hotel or whatever to torment a pizza guy.

2. Avoid the Noid: He torments the pizza guy.

3. Yo noid 2: He goes back to his home only to have his yo-yo magically stolen and yeah.

Yo! Noid III: Your ass gets destroid

Yeah but where's Yo! Noid 3

What controller support was this specifically for? Because it seems like it's just assigning things at random and I can't get it to remap properly because it thinks there's input when there isn't. 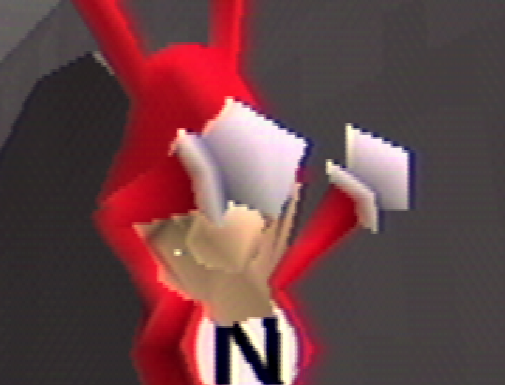